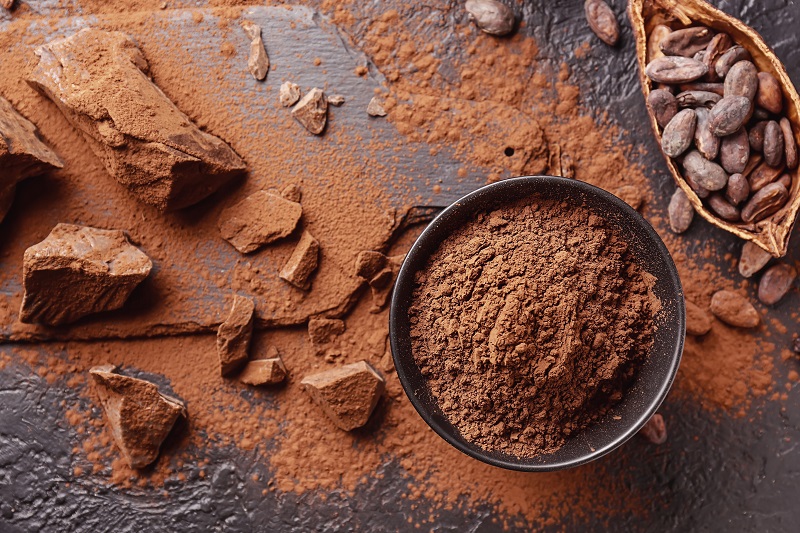 From cocoa to ingredients

Immature cocoa pods have a variety of colors, but most often are green, red, or purple, and as they mature their color tends towards yellow or orange. The ripe and near-ripe pods, as judged by their color, are harvested from the trunk and branches of the cocoa tree with a curved knife on a long pole. The pods (or the seeds extracted from them) are transported to the fermentation area on the plantation.

Tailor made cocoa solutions to suit our customers wishes

The harvested pods are opened – typically with a machete – the pulp and cocoa seeds are removed and the rind is discarded. The pulp and seeds are then piled in heaps, placed in bins, or laid out on grates for several days. During this time, the seeds and pulp undergo “sweating”, where the thick pulp liquefies as it ferments. The fermented pulp trickles away, leaving cocoa seeds behind to be collected. Sweating is important for the quality of the beans, which originally have a strong bitter taste.
The fermented beans are dried by spreading them out over a large surface and constantly raking them. In large plantations, this is done on huge trays under the sun or by using artificial heat. Small plantations may dry their harvest on little trays or on cowhides. Finally, the beans are trodden and shuffled about (often using bare human feet) and sometimes, during this process, red clay mixed with water is sprinkled over the beans to obtain a finer color, polish, and protection against molds during shipment to factories in Malaysia, Indonesia or Europe.
Drying in the sun is preferable to drying by artificial means, as no extraneous flavors such as smoke or oil are introduced which might otherwise taint the flavor.
The beans should be dry for shipment (usually by sea) to Asia, United States and Europe. Traditionally exported in jute bags, over the last decade the beans are increasingly shipped in ‘Mega-Bulk’ bulk parcels of several thousand tonnes at a time on ships, or in smaller lots of around 25 tonnes in 20 foot containers. Shipping in bulk significantly reduces handling costs. Shipment in bags, however, either in a ship’s hold or in containers, is still commonly found.
To make 1 kg of chocolate, about 300 to 600 beans are processed, depending on the desired cocoa content. 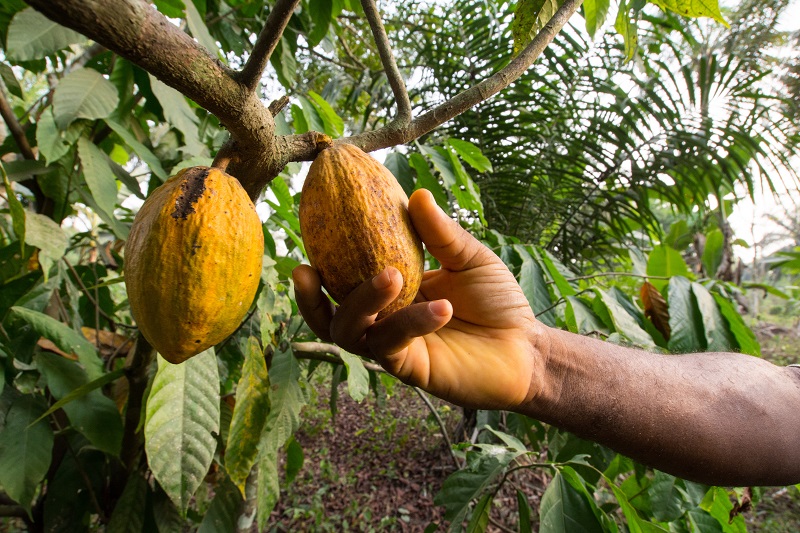 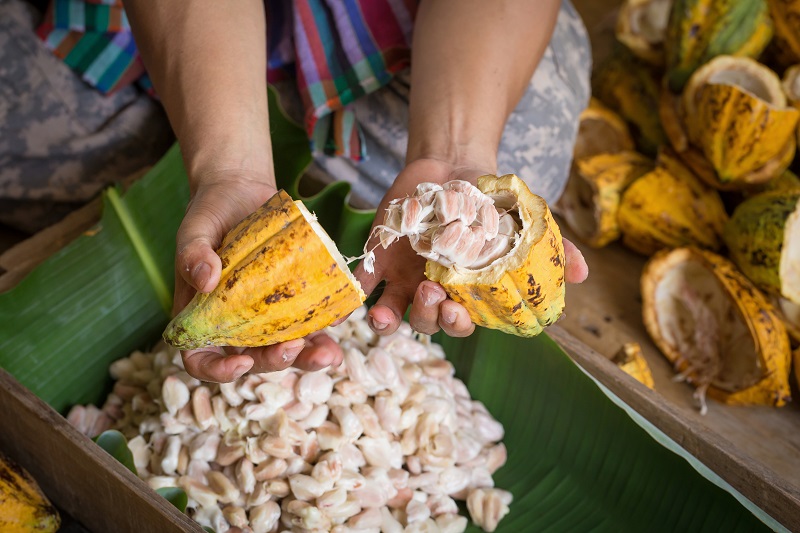 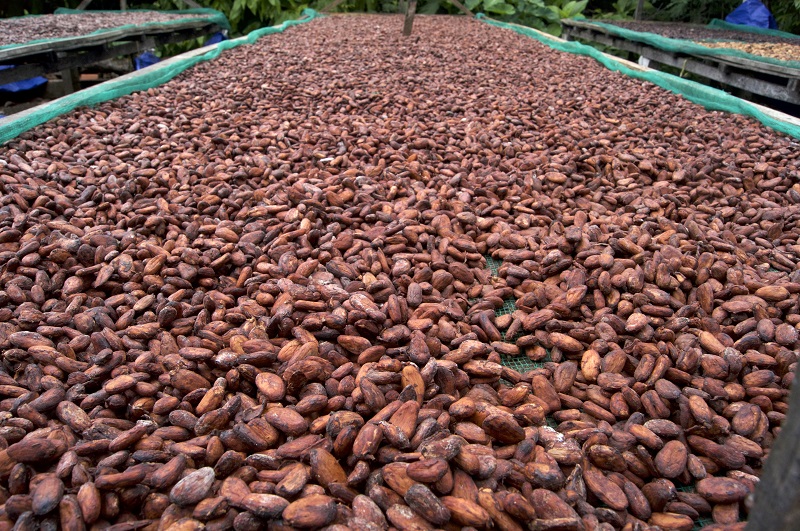 The pods are split open with machetes then the beans and their surrounding pulp are pulled out into waiting buckets.

In the factory, the first step is the cleaning process. The beans are going through a bean separator, a magnetic drum and a de-stoner. This is to remove all impurities from the cocoa beans, such as clump beans, flat beans, strings, dust, shells, stones and metals. In the micronizing process the beans are preheated. The cores are detached from the shells. Rodent hair and insect fragments are burned off. Next they are cracked and de-shelled by a “winnower”. The resulting pieces of beans are called nibs.

Treating with alkali produces cocoa nibs, which is less acidic, darker and more mellow in flavor.

Regular or natural (non-alkalized) cocoa is acidic, so when cocoa is treated with an alkaline ingredient, generally potassium carbonate, the pH increases and the color become darker.

The roasting process is to develop aroma, flavor, and to achieve full sterilization. The time and temperature of the roast affect the result: A “low roast” produces a more acid, aromatic flavor, while a high roast gives a more intense, bitter flavor lacking complex flavor notes.

To achieve the cocoa liquor (liquid) the nibs goes in to a grinding process (in 3 steps) where they are transformed into liquid form. 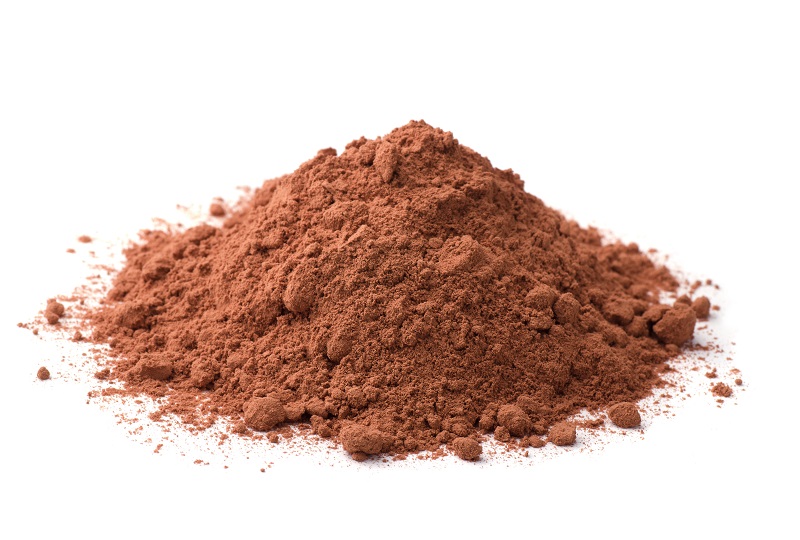 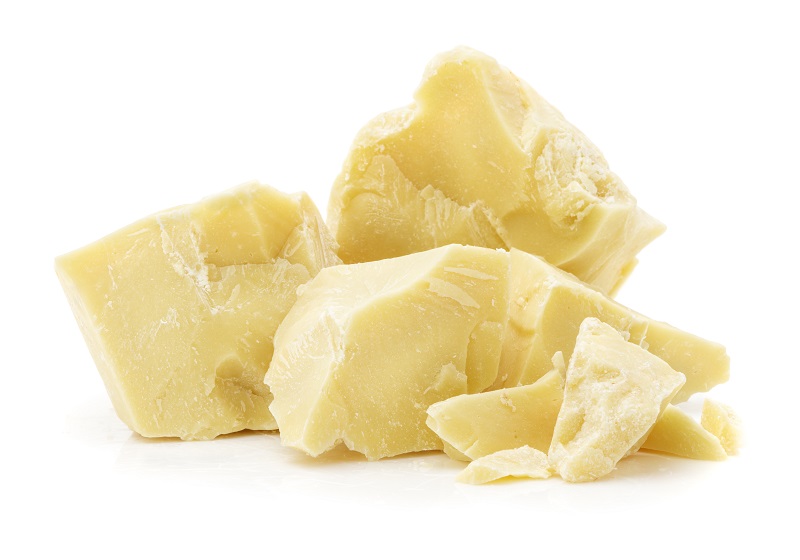 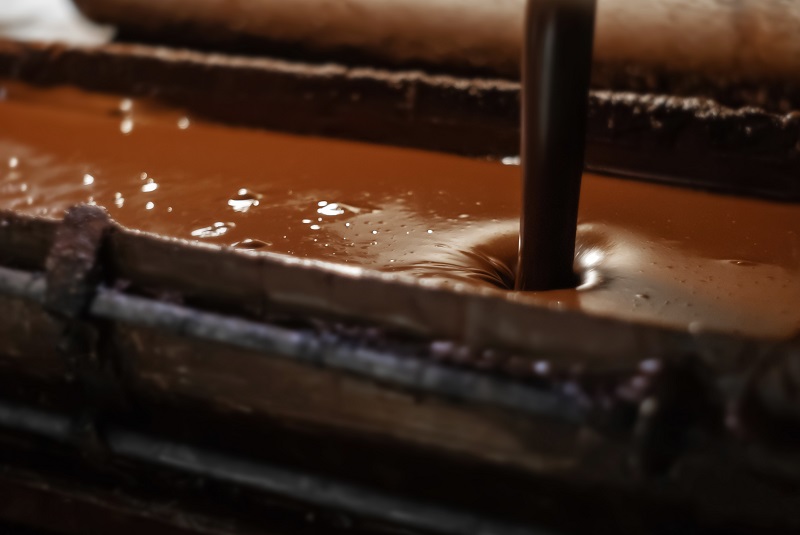 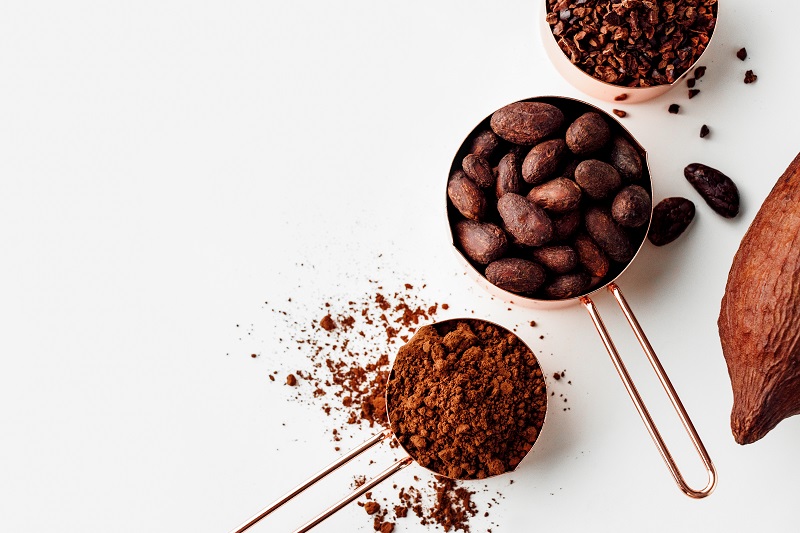 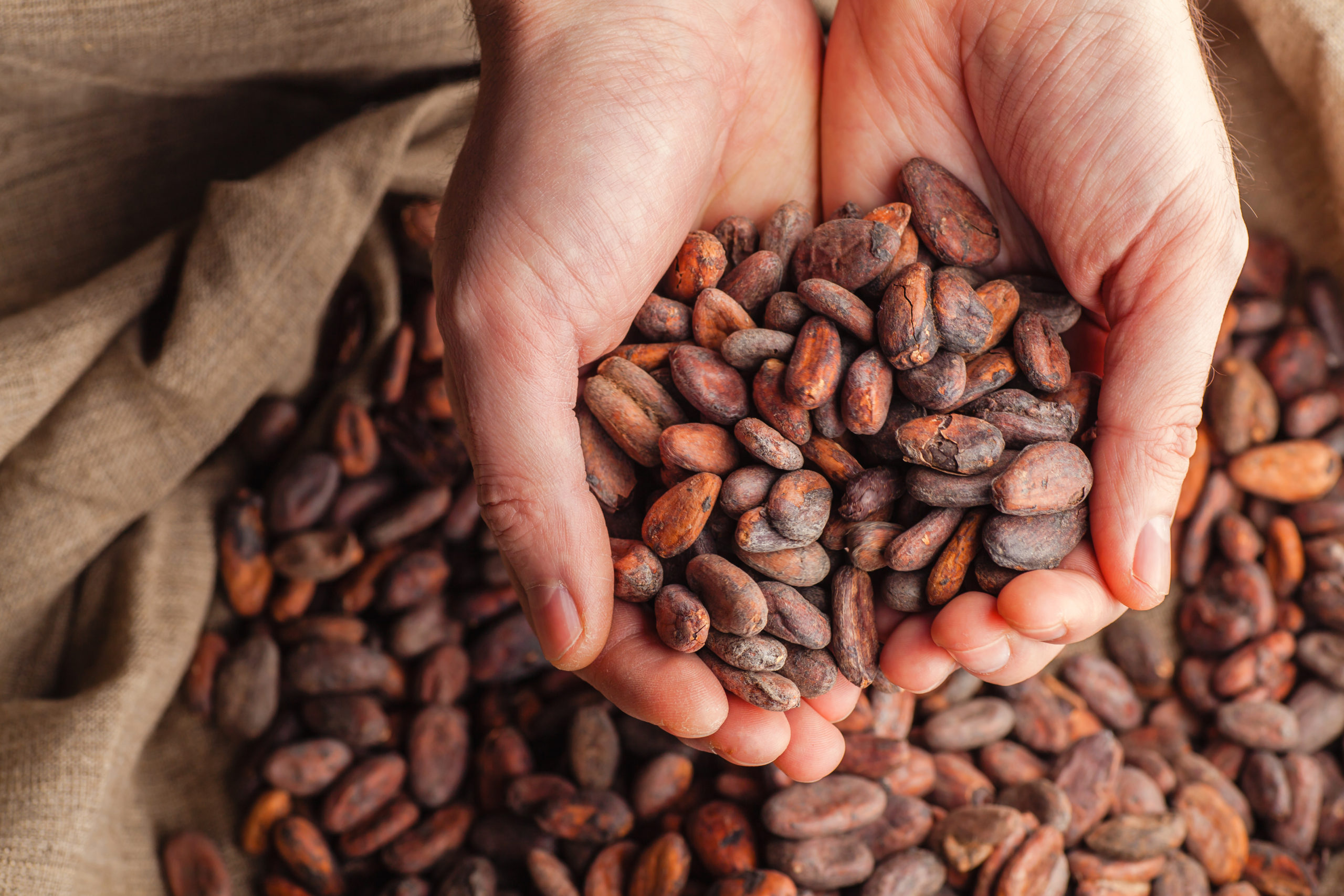 Cocoa liquor
or Cocoa mass or paste is pure chocolate in its liquid form. Like the cocoa beans (nibs) from which it is produced, it contains both cocoa solids and cocoa butter in roughly equal proportion. From grinding, it now goes to storage and mixing process in the liquid stage, to achive special blends and to control the consistency.

The liquor can now be cooled and molded into blocks known as unsweetened baking chocolate (bitter chocolate). It can be shipped in solid form for further processing elsewhere in the world.

Cocoa powder
The cocoa cake is turned into powder, running through the cracker and further to the classifier mill (ICM) which reduces the particle size for finally to go to the crystallizer powder plant and thus archiving its free flowing form of cocoa powder ready for packing and shipment.

Also, cocoa powder are what contain most of the antioxidants associated with chocolate. Accordingly, health professionals recommend consuming chocolate in forms that are high in cocoa powder while low in cocoa butter, such as hot cocoa. Cocoa powder also contain the greatest concentration of the psychoactive chemicals caffeine and theobromine, which are mostly absent in the other half of chocolate, cocoa butter.